Best places to get breakfast in El Dorado Hills 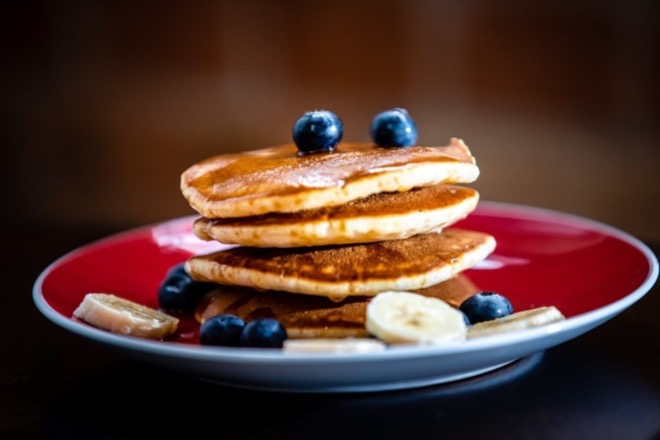 Looking for a weekend treat after sleeping in for a bit? Then, you’ll probably want to visit one of the best places to get breakfast in El Dorado Hills.

Whatever you’re craving, there’s something for you. Whether you’re in the mood for unique griddle creations or something more traditional, you’re sure to find them here.

This restaurant is on a singular mission: to make extraordinary food and tasty mimosas.

The house specialty benedicts include the classic version, with toasted English muffin topped with Canadian bacon, two poached eggs, and the house Hollandaise sauce. Other benedicts include the Florentine, Golden State (topped with avocado and crispy bacon), Sriracha, Irish eggs, chicken and waffle, and several other benedict creations. The entrée comes with country potatoes or hash browns.

Omelets, custom fire-roasted potato skillets, and Mexican dishes are also served. For something a little sweeter, you can try one of seven fluffy French toast plates or several waffle plates. Or, try a stack of happiness with one of their many pancake designs, including cinnamon roll, blueberry, chocolate chip, banana pecan, cake, Hawaiian and rainbow pancakes.

For a diner-style breakfast, look no further than the Purple Place Bar and Grill.

The restaurant makes all the classics, from chicken fried steak and eggs, biscuits and gravy, and even their own special take on the chicken and waffles breakfast combination. It also makes a variety of three-egg omelets, including the El Dorado with bacon, onion, mushroom, tomato, spinach, and Monterey Jack cheese.

For something off the griddle, you can order Belgian waffles, double-stack pancakes, and French toast.

With five locations across the region, Mimosa House in El Dorado Hills is quickly becoming a brunch destination. When you order, don’t forget the weekly specials and to take your time looking through the menu — you’ll have a lot of choices.

In the benedict category, Mimosa House puts together a number of variations, including the crab, Florentine, chorizo, salmon, and California benedicts.

House favorites (like chicken fried steak and loco moco), house skillets, breakfast burritos, crepes, south-of-the-border dishes, and a full offering of beverages round out the menu.

For breakfast truly on the go, Big Apple Bagels is the must-go restaurant, where “something big is always baking.”

Choose from a variety of bagels and breakfast sandwiches, like the American sunrise with American cheese, bacon, ham, or sausage.